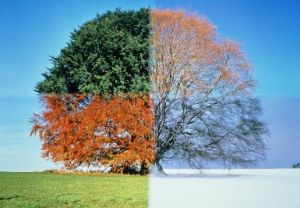 October 21, 2013 (Edina) – As kids across Minnesota went back to school in September, the housing market didn’t seem to lose any steam according to the most recent report from the Minnesota Association of REALTORS®.  Minnesota residents continued to feel confident enough in Minnesota’s economy to put their homes on the market.

During September, statewide numbers showed a 14 percent increase in new listings over the same time period in 2012.  “We generally see a drop in listings this time of the year primarily due to the absence of school year influenced sellers and the reduction of discretionary sellers,” said Rod Helm, President of the Minnesota Association of REALTORS®.  “This year to year increase is really representative of more sellers looking to take part in the current housing recovery.”

Not only are new listings continuing to come on to the market, homes are continuing to close as well.  The closed sales for September were up 13.3 percent, an increase of 836 closings over last year.

As the reports have shown for the last several months, sellers are still receiving 96.6% of their list price statewide.  The amount of time a home is on the market is also still trending down to 48 days.  This equates to a 22.6% decrease since last year at the same time.  Many home owners considering listing their homes are willing to take the plunge with the thought of actually selling it within a month and a half, and at a price close to what they listed it at.

“Minnesota has really made some strides this year on our recovery of the housing market, “ said Chris Galler, CEO of the Minnesota Association of REALTORS®,  “ However, with mortgage rates slowly ticking up and such uncertainty with our federal government, we could definitely see the pace slow down.”

The Minnesota Association of REALTORS® is the largest professional trade association in the state with more than 17,000 members who are active in all aspects of the real estate industry.